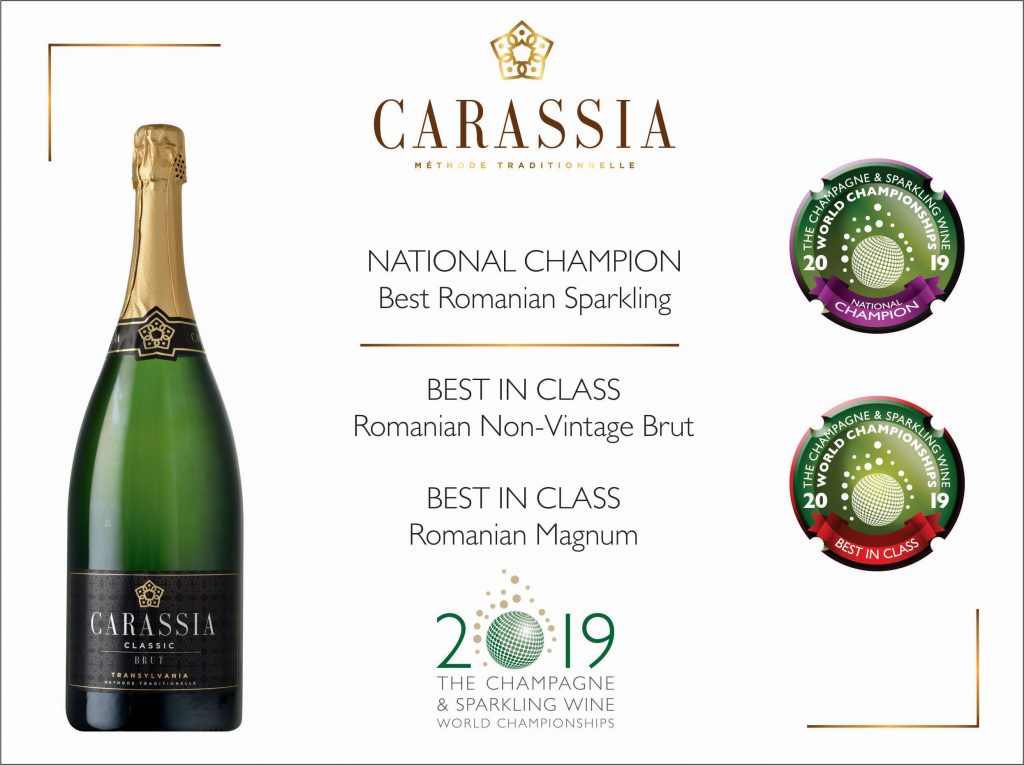 On November 4, in London, the Gold medal winners of The Champagne and Sparkling Wine World Championship (CSWWC 2019) along with special awards and trophies were announced. In addition to the gold medal in July, Carassia Classic Brut Magnum was now also given the Best in Class Romanian Magnum and Best in Class Romanian Non-Vintage Brut. According to this results our first edition of Carassia Classic in Magnum is the best Romanian sparkling wine and became National Champion of Romania.

This year Carassia Classic Brut Magnum NV won a Gold Medal, Carassia Blanc de Blancs Magnum a Silver Medal. All tree first edition magnums sent to the Wolrd Championship are from the 2015 vintage and were fermented and matured 3 years in magnum bottles.

The Christie's World Encyclopedia of Champagne & Sparkling Wine edited by Essi Avellan MW and Tom Stevenson official launch will take place in a few weeks. Before the international premiere, the biggest encyclopedia of the sparkling wines was presented at the CSWWC Award Dinner in London, which, for the first time in the publication's history, also includes wineries from Romania. This publication presents last year's winners, the year in which Carassia Blanc de Blanc Brut received the gold medal and the Best in Class award, respectively Carastelec Winery was awarded the Rising Star World Champion trophy.

The category awards of the CSWWC 2019: