On October 24, in London, the Gold medal winners of The Champagne and Sparkling Wine World Championship (CSWWC 2018) along with special awards and trophies were announced. Sparkling wines and wineries were rewarded, and world champions were given the titles of Best in Class Winner, Regional Champion and World Champion by Style. In addition to the gold medal in July, Carassia Blanc de Blancs was now also given the Best in Class qualification in its category. The fact that the international jury offered the first Rising Star trophy in the history of the contest to Carassia at the CSWWC award ceremony, came as another great acknowledgment..

Until this year, with just one exception, a Future Release was not eligible for any other Best in Class or Trophy because the wine we taste might not be the final commercial disgorgement or dosage and a sparkling wine can easily be messed up at disgorgement.

Last year, the jury tasted the first edition of Carassia Blanc de Blancs for the first time, and they awarded it with a silver. The same wine was tasted this year and again won a Silver. However, the second edition of Carassia (2015, without vintage), as a future release “was in a different league, easily winning a Gold” said Tom Stevenson, founder of the World Championship. This is how the next year of Carassia Blanc de Blancs, which will be available on the market from November 2018, received the Best in Class qualification that is a separate quality category among the awarded sparkling wines.

““However it is our mission not just to promote world class wines, but also to discover and reward new and exciting wines from established and emerging regions across the world, so I was particularly pleased to present Carassia from Romania with the World Champion Rising Star trophy.” , said Tom Stevenson appraisingly when he awarded the first such trophy in the history of the contest to our winemaker Csaba Bereczki in London, at the CSWWC Award Dinner.

The judging committee including Tom Stevenson, Essi Avellan MW and dr. Tony Jordan sees a potential for development in the sparkling wines from Carastelec that deserves special recognition. This title evaluated the Carastelec Winery a boutique sparkling-wine producer that is being established all over the world. As this was the very first Rising Star trophy, the committee could not make a hasty judgment, thus George Markus, their permanent reserve judge, was dispatched to Romania for a visit. Suitably impressed, Carassia has become the first recipient of this new trophy “Rising Star World Champion”.

This was the first time for a Romanian sparkling wine to be awarded a gold in the history of the World Championship. The owners of the winery are proud that after last year’s first silver, they brought the first gold and other to special trophies to Romania this year.

The category awards of the CSWWC 2018: 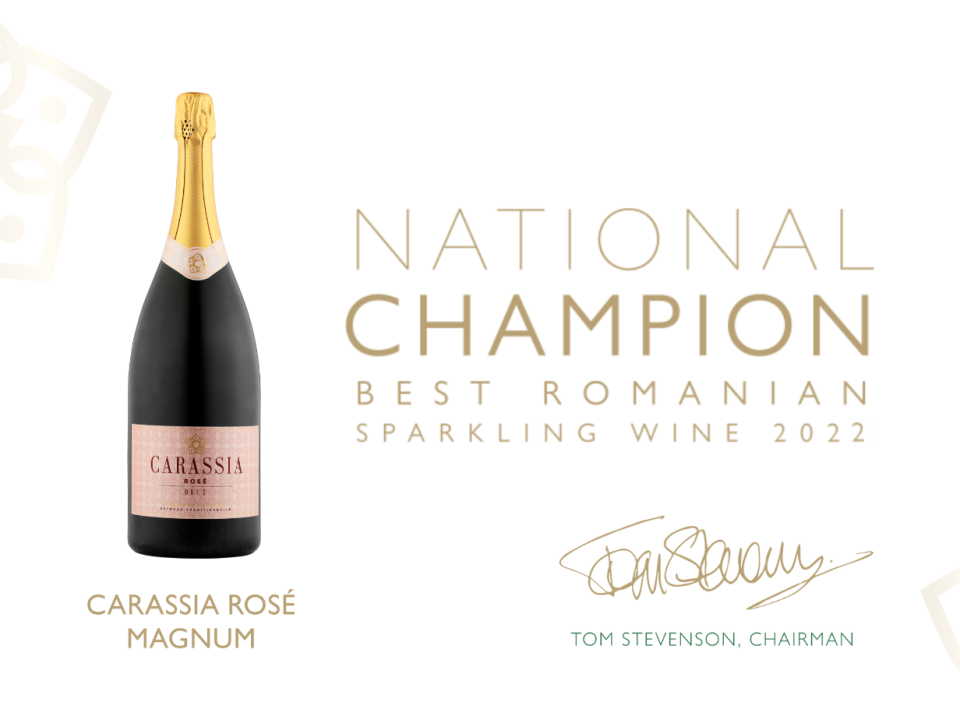